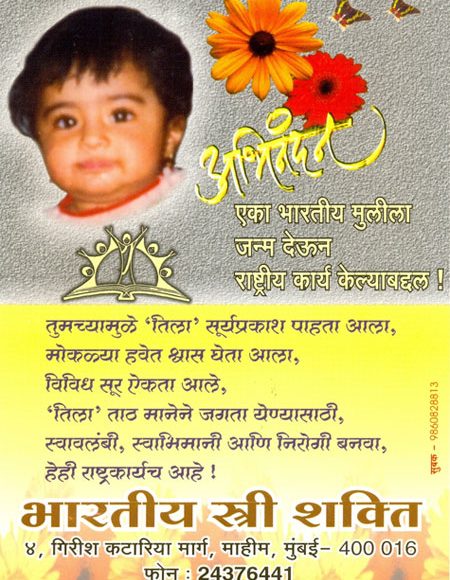 Some recent studies conducted to examine the reasons for decline in child sex ratio has also revealed that apart from a strong preference for sons and a low valuation of girls, increasing dowry demands, difficulties involved in bringing up a girl child and an easy availability of ultrasound and abortion services by various private clinics are the main reasons for the increase in
female foeticide in the country.

The cultural and economic factors that lead to female infanticide and selective abortion are part of the vicious cycle of discrimination against women and their devaluation.

To check female foeticide, the Pre-Natal Diagnostic Techniques (Regulation and Prevention of Misuse) Act, 1994 was enacted. The Act came into force in 1996.

BSS is concerned about the declining sex ratio and is committed to fight for the ‘Girl’s Right to Birth’. Series of programmes, campaigns and interactive sessions are organised by BSS not only for women but also for men.