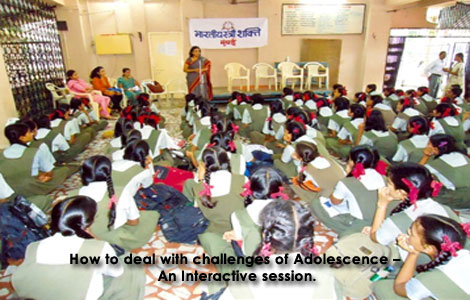 One in three girls and one in seven boys are sexually abused at some point in their childhood, according to most reliable studies of child sexual abuse.

Most often child sexual abuse is a gradual process and not a single event. By learning the early warning signs and how to effectively step in and speak up, sexual abuse can be stopped before a child is harmed. Adults must take the primary responsibility for preventing child sexual abuse by addressing any concerning or questionable behavior which may pose a risk to a child’s safety.

BSS believes that the most effective prevention happens before a child is harmed. Kids are safer when parents and caregivers take the time to learn about sexual abuse and its warning signs.

Parents and caregivers who make a commitment to speak up as soon as they have a concern, instead of waiting for certain evidence of harm, play an even more crucial role in a child’s safety.

BSS conducts series of Awareness programs for parents ( both- mother and father) on the issue of Child Sexual abuse.