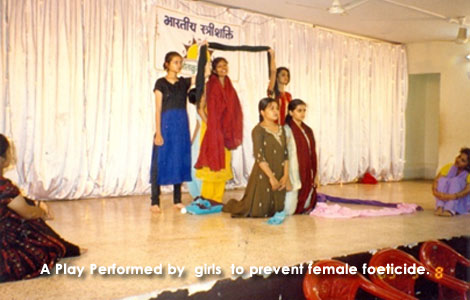 Women in our study report the experience of a range of behaviours — while leading forms of harassment are verbal or psychological, disturbing numbers of women report such harassment as unwanted touch, and sexual gestures and exhibitionism. Experiences of sexual harassment reflect, by and large, power imbalances that make younger women and those in subordinate positions particularly vulnerable. Incidents of sexual harassment are most often perpetrated by people in authority.

A variety of reasons appeare to endorse a culture of silence and denial. Most women are not aware of the Supreme Court guidelines ( VIshakha Guidelines) and complaints mechanisms/formal institutions of redress. Many fear attitudes that would blame them for provoking an incident or fear the loss of their reputation as a result of complaining.

BSS is committed to bring awareness regarding existence of the complaint mechanism among women across the classes, and empower them to fight for their Human rights.