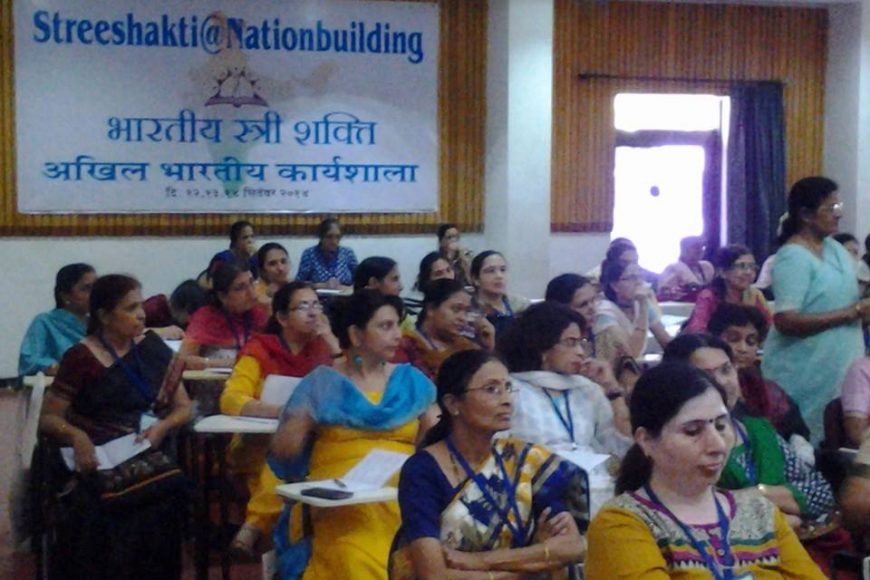 Bharatiya Stree Shakti (BSS) is a voluntary, autonomous, apolitical organization working for empowerment of women by promoting Gender Equality, Economic Independence and Education for Women. Established in 1988, BSS believes in the principles of equality and cooperation amongst men and women focusing on harmony in family and society.

Since last 30 years our volunteers have been working proactively and selflessly, which has resulted in many branches of the organization across seven states of India. BSS has conducted campaigns, awareness programs, workshops, projects and activities at local and national levels with the thrust on research and quality inputs in policy making. We have reached out to thousands of women in their homes and workplaces and have brought them together in the process of national reconstruction.

BSS is relentlessly inculcating awareness in women and working for their capacity building, as ‘proactive decision makers’ in all spheres of society for national reconstruction. BSS took initiative in capacity building of elected women representatives to inculcate leadership qualities along with social sensitivity to play effective role in good governance.

BSS has also contributed as the link between the policymakers and the people mainly women. BSS is involved in creating awareness among people, especially women, about the schemes and policies of governments. BSS played an important role in giving suggestions and recommendations in National Policy for women. Our recommendations were also valued by Justice Verma Committee and also in framing latest Surrogacy Bill. BSS resisted Sony TV to air Nirbhaya’s story, until the SC verdict which would have hurt the social conscience. Our PIL on administration of government-run girls and women hostels succeeded in facilitating in getting basic amenities and releasing undelivered grants by Government. Recently BSS collaborated with Ministry of Women and Child Development – MWCD, Ministry of Urban Development – MOUD and National Commission for Women – NCW to create awareness about schemes and policies through research project and seminars. Submission of our recommendations from the research and deliberations, is a small attempt to contribute to effective implementation of government policies.