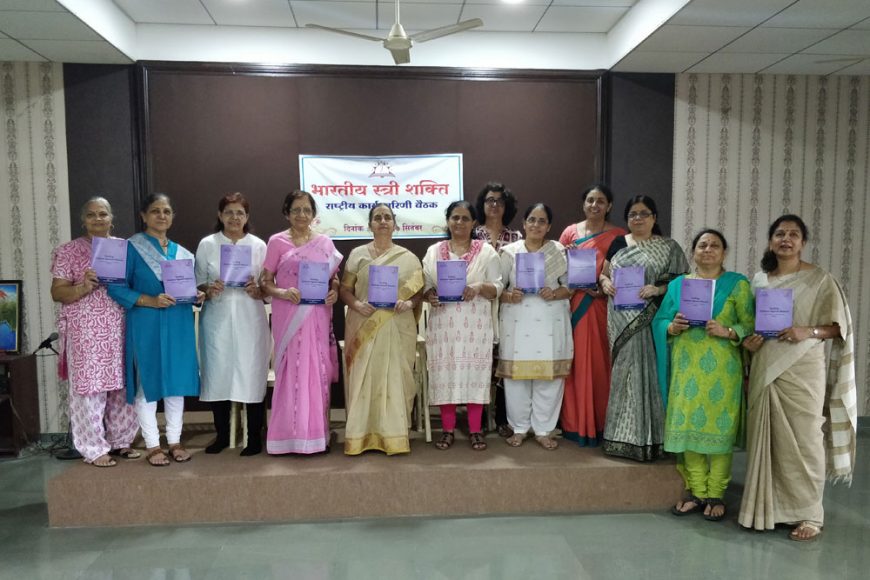 All the citizens of India have right to live quality life. Bharatiya Stree Shakti strives for gender equality and women empowerment so that women could live in peace and harmony in Indian society. The infamous “Nirbhaya” case generated widespread outrage and was widely condemned in India and abroad. Bharatiya Stree Shakti in consultation with Ministry of Women and Child Development (MWCD), Government of India, investigated the impact of changed policies and laws. The research project “Tackling Violence Against Women: A Study of State Intervention Measures” aimed at documenting the changes in registration of the cases of violence against women after the policy level changes and to compare the national scenario related to the violence against women. BSS published research report on ‘Tackling Violence Against Women’ and submitted to MWCD.

All the stakeholders in the concerned policy were identified.  The data from primary source was collected by investigating officers with the help of interview method.

In a country like India, the dimensions and problems of violence against women do not yield easy solutions. Setting standards is the first step, and while it is an important and necessary one, it is not enough. There must be effective implementation at the national, regional and international levels. The rule of law and recourse to legal remedies for violation of rights and entitlements must be observed.

The Indian constitution which is the fundamental law of the land contains number of provisions for the benefit and protection of the women. The concept of equality and non-discrimination finds its unique place in Indian constitution. Besides, it also enables the state to adopt measures of affirmative discrimination in favor of women. However, despite constitutional protection and several legislations, gender discrimination and injustices continue to occur. This is mainly because those who enforce the laws or interpret them do not always fully share the philosophy of gender justice concept.

Indian women are, by and large, handicapped in respect to all the prerequisites essential for access to justice. The widespread illiteracy, the cultural barriers and subordination they suffer from, and unfriendly process of law, delay in judicial proceedings, social stigma, influence of power & politics have kept most women, who are victims, away from the law and courts. The educated class of the society should come forward to support the victims of rape and report the matter to the police authorities immediately. The law alone cannot solve all the social problems. The Governmental authorities, social organizations, women’s organizations, voluntary groups and NGOs should come forward to serve the victims. There is an urgent need to bring a change in the attitude of the police authorities in the matters of rape cases. They should have a sensitization and an empathetic attitude towards the victims of rape and the necessary support should be provided to the victims.

Some of the recommendations are- emphasizing on holistic approach dealing with crime to expedite judiciary process, educating survivor appropriately about compensation funds, training and Capacity Building One Stop Centre – OSC officials and service providers to develop quick decision makers working in harmony to keep the spirit of “integrated” and “fast” approach of OSC, conducting workshops on “Gender sensitization” and “Humane approach” to deal with survivors of violence against women, use of technology and modern investigating technique to facilitate crime investigation, counselling for the family members of the victim and  basic career counselling facilities in OSC and affiliation to skill development centers to make survivors to be self-reliant for long term.

Tackling violence against women is a mammoth task. Changing people’s mindset, gender sensitization for breaking gender stereotypes, legal awareness and fearless system are few important aspects which can facilitate the change in the situation. Establishing fast track courts and one stop centers will expedite judiciary processes.  Non-government organizations and government machinery should work in synergy to remove this blot on Indian society.